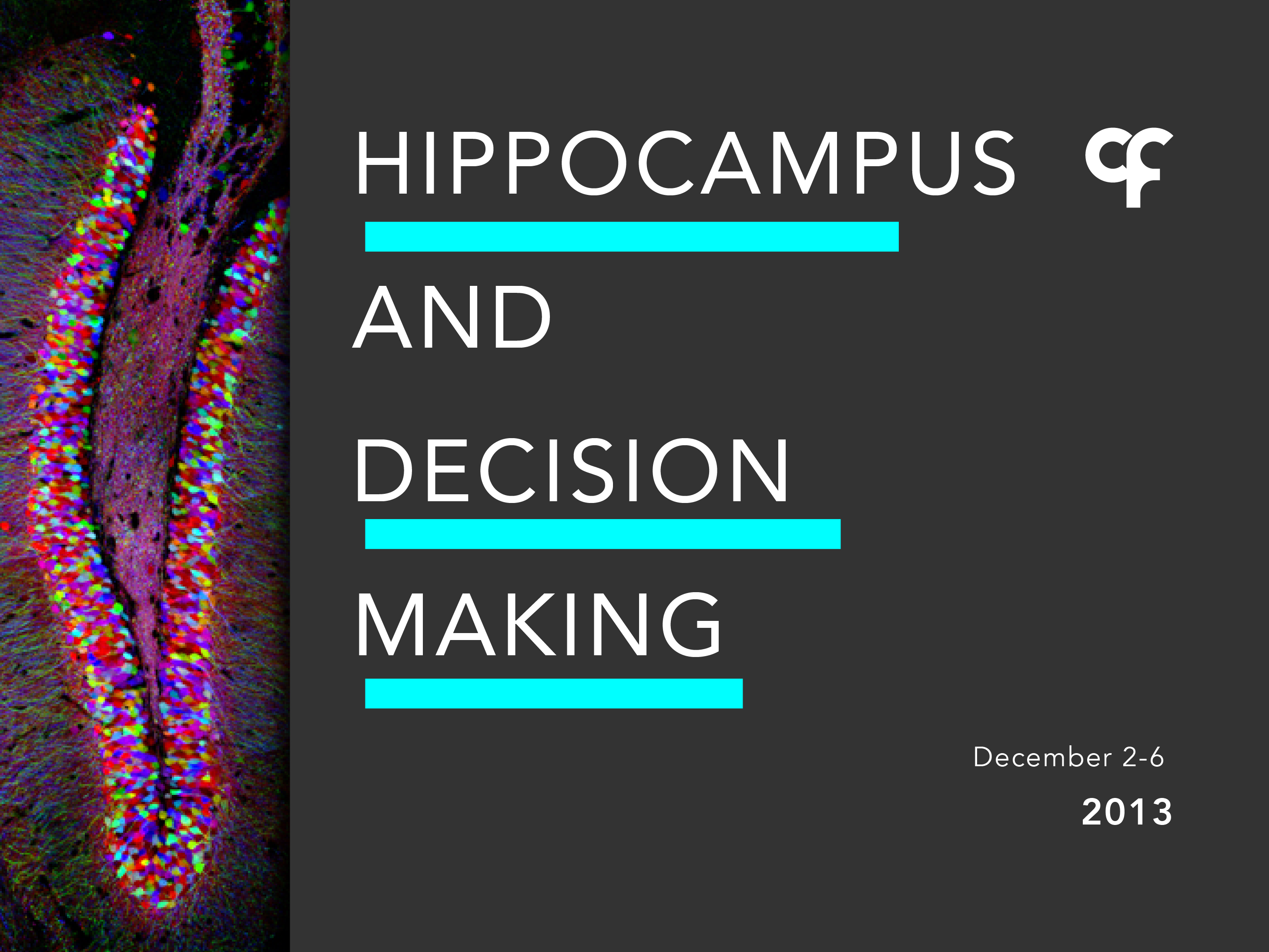 Francesco Battaglia is an Associate Professor at the Donders Centre for Neuroscience in Nijmegen, Netherlands. He has a background in theoretical physics and computational neuroscience, and his lab is focused on studying mechanisms of learning and memory systems in the brain. In particular they are interested in hippocampal/prefrontal interactions, spatial cognition in rodents, and memory consolidation.

David Foster is an Assistant Professor at the Johns Hopkins University in Baltimore, MD, USA. His lab is interested in how hippocampal ensembles in rodents process navigationally relevant information. They are studying this topic with the help of high density tetrode recording techniques in behaving animals during tasks which incorporate a variety of learning, memory, inference, planning and decision making demands.

David Redish is a professor at the University of Minnesota in Minneapolis, MN, USA. He has a background in computer science, and his lab is currently focused on understanding how multiple learning and memory systems interact to produce behavior. He uses multi-electrode neural ensemble recordings from awake, behaving animals along with complex computational analysis techniques in order to answer that question, and to generate computational models of neural function.

David Robbe is a researcher at Mediterranean Institute for Neurobiology (INMED) in Marseille, France. His group is studying how the kinematics of locomotion relate to population activity in hippocampus and basal ganglia. They use electrophysiological recordings in freely moving rodents, as well as pharmacological techniques, in order to study this question.

Loren Frank, PhD
Loren Frank is the head of the Frank Laboratory at the University of California, San Francisco. His lab is interested in how activity and plasticity in neural circuits underlie both learning and the ability to use learned information to make decisions. They use a combination of techniques, including large scale multielectrode recording, targeted optogenetic interventions and behavioral manipulations of awake, behaving animals to understand how the brain learns and remembers.
Marta Moita, Phd
Marta Moita is a principal investigator at the Champalimaud Neuroscience Programme in Lisbon, Portugal. Her lab studies the neural mechanisms underlying behavioral plasticity, using a combination of behavioral, pharmacological, molecular and electrophysiological tools. They are particularly interested in studying the neural basis of memory formation, fear learning and decision making in social contexts.

This December, the Champalimaud Neuroscience Programme will host a week-long course that takes a fresh look at the hippocampus and its role in decision-making. It seems natural that decisions, which depend so much on context and experience, must rely critically on the part of the brain where such information is stored, yet this function of the hippocampus is rarely discussed. Furthermore, actions are organized in space, and the spatial component of action planning also crucially involves the hippocampus. With the help of five invited lecturers from Europe and the U.S., we will explore this much-overlooked aspect of the hippocampus.

Our lecturers will tell us how the hippocampus contributes to memory-guided decision-making, from imagining possible actions to integrating contextual information, and they will give us hands-on experience in analyzing data from hippocampal recordings. The course will consist of a series of lectures, journal clubs, Matlab data analysis tutorials and discussions. We hope that this week will give you a new view of one of the oldest cortical structures, which is usually discussed in terms of memory encoding and spatial representation. Get ready for not-your-average hippocampus course!